Are Hyperpalatable Foods Making You Gain Weight? Here’s What Science Has To Say

Have you ever found yourself reaching for more of your favorite snack or meal, even though you are already full?

Scientists are warning that many foods — even some marketed for weight loss — actually contain ingredients that make us want more.

The culprit? A cocktail of sweet, fatty, salty ingredients that come together to make a food “hyperpalatable”.

Essentially, hyperpalatable foods light up your brain’s rewards systems and release dopamine, a neurotransmitter associated with pleasure. This response can actually overpower the signals that tell us to stop eating.

Our Brain’s Wiring (Why We Are Susceptible)

Not surprisingly, our brains are wired to keep us alive and healthy. For the majority of our history, the human species faced food scarcity. To adapt, humans developed a tendency to store fat as a protective mechanism against times of limited food.

While this adaptation was beneficial for hunter-gatherers that had to fill up when the opportunity presented itself and sometimes go through periods without any food at all, it can act against us in our modern world where food is readily available.

Since we have an almost endless supply of food available, it creates a vicious cycle of snacking, social overeating, binge eating, and grazing.

What Are Hyperpalatable Foods?

Hyperpalatability basically short-circuits our brain’s ability to recognize feelings of fullness and satisfaction, putting us at risk of overindulging.

These hyper-palatable foods feature combinations of sugar, fat, salt, and carbohydrates that tap into the brain’s reward system and make it hard for us to stop eating them.

Examples of hyperpalatable foods include: 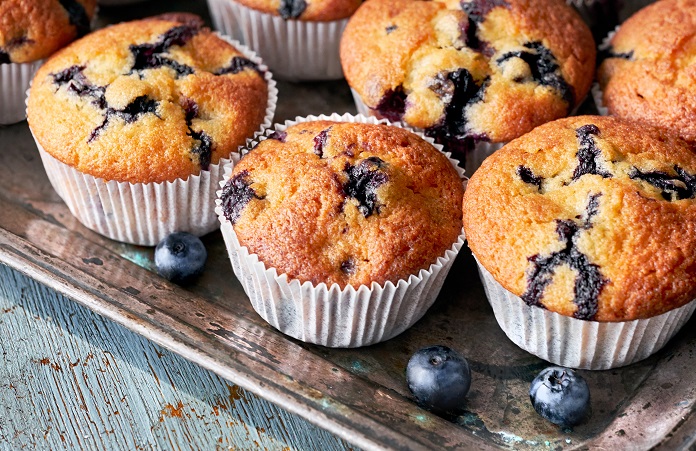 What Does Science Have to Say?

According to a new study recently published in Cell Metabolism, individuals who consumed ultra-processed foods took in more calories than individuals following a minimally processed diet.

Based on the NOVA classification system, foods are considered “ultra-processed” if they contain ingredients such as:

These ultra-processed, hyperpalatable foods promote overconsumption and are especially dangerous since they are readily available and often cheaper than healthier counterparts.

In the study, 10 men and 10 women were provided with ultra-processed meals for a two week period and then minimally processed foods for two weeks.

All meals consisted of the same amount of carbohydrates, calories, fiber, fat, and sugars. For example, an ultra-processed breakfast might be a bagel with cream cheese. Alternatively, a minimally processed breakfast would be oatmeal, berries, and milk. Volunteers were told to eat as little or as much as they desired.

Researchers found that participants averaged an additional 500 calories per day when following the ultra-processed diet consisting of hyperpalatable foods.

How Do I Avoid Hyperpalatable Foods?

Here are some simple strategies for replacing hyperpalatable foods with healthier options:

Hopefully, this growing awareness will lead to positive changes such as labels on foods considered hyperpalatable and a closer consideration of what is served for school lunches.

Even though hyperpalatable foods are everywhere, it is possible to make healthier choices by focusing on whole, fresh foods.

Tips on How to Stop Food Cravings

How To Relieve Tired Eyes

How To Lower Your Cholesterol Naturally